'WHAT THE HELL' MENG PO 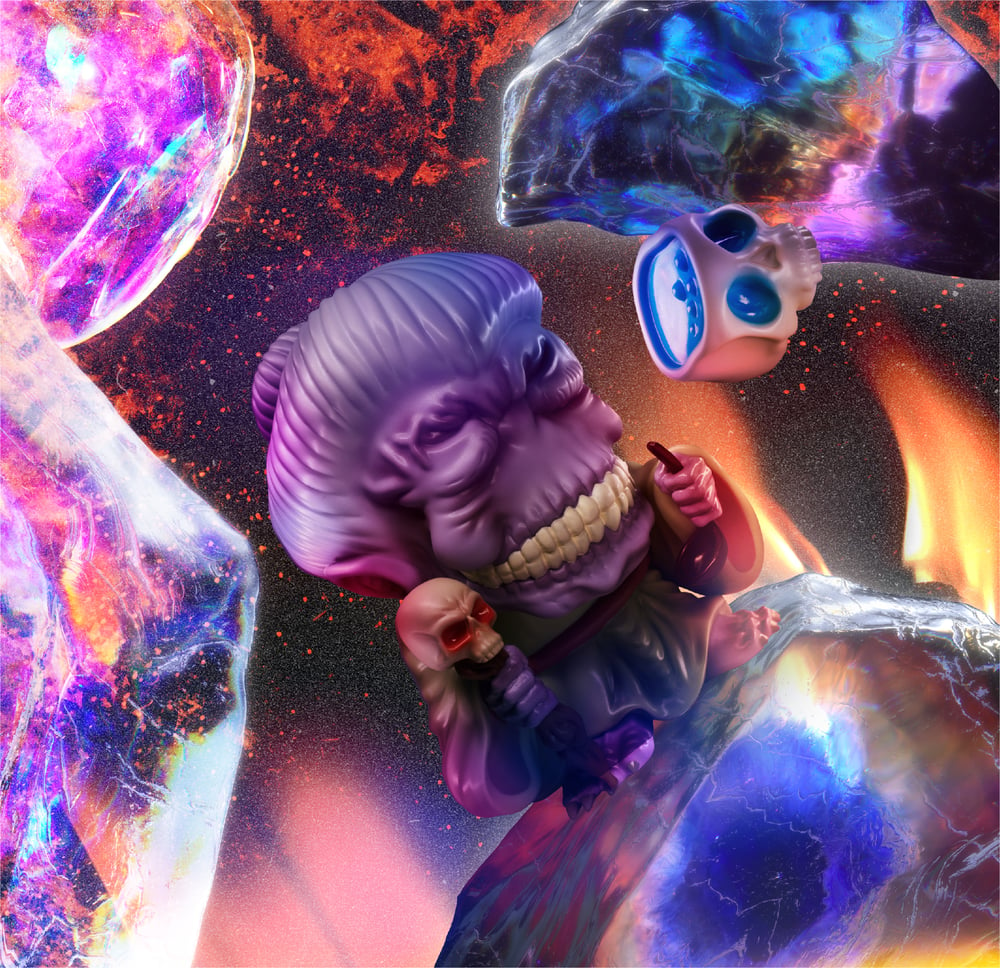 in Chinese mythology, Meng Po is the goddess of forgetfulness who serves soup that wipes the memory of the dead so they can reincarnate into the next life without the burdens of the previous life.
Tikka Ng has delivered a great new interpretation that captures the 80s vinyl horror toy aesthetic.
Tikka Ng began his artistic career in 2006. He is known for the “So Ha” Art, demonstrating different aspects of traditional Chinese culture with loveable baby characters. Tikka’s creativity has taken a deep root in China’s traditional culture; he has incorporated strong Chinese traits in his artistic expression. Fusing the distinct Chinese characteristics with Western elements and Japanese superflat technique, Tikka ultimately creates his own narrative and recognizable style. In the recent body of work, Tikka investigates the traditional Chinese value of death and life
* Terms & Conditions Apply